A shadow person is a shadow as a living, humanoid figure. It is similar to a ghost.
They are usually seen when you wake up in the middle of the night and they have a shape of a man but without any features and they can appear and disapear in a second.
​Sometimes it seems they are not even walking and just floating and sometimes they can crawl up on your bed, sit on your chest and stare at you.
Some people think that the reason of shadow people are here is to watch or guard us, others belive something darker.
Thousands and thousands of people have talked witnessing shadow people and all of their stories are kind of the same. They wake up in the middle of the night and in the corner of their eye they see a black figure standing there and after they close their eyes out of fear it goes away.

​Some people said that the black person is wearing a large hat and people belive that the hatted shadow is more evil and is not there to protect you or watch you but is here to get something from you. 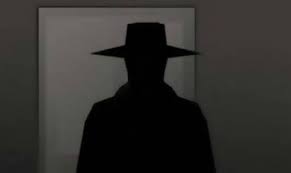 Some people have seen this figure so much thart they don't want to sleep, some people ended up in institutions because they couldn't deal with it anymore.

People aslo belive that shadow people are also linked to sleep paralysis. Sleep paralysis is a phenomenon when a person wakes up and is not able to move. They can't speak, they can't move but their mind is working.
So people linked sleep paralysis to seeing shadow people but is most commonly referred as a night hag. When you wake up, you see this person sitting on top of you, holding down your chest. It makes hard for you to breathe and impossible for you to move.
And obviously the doctors are trying to figure it out why this happens but there hasn't been any real proof.
Powered by